THE BLACK SWANS OF TRESPASS (TAS) 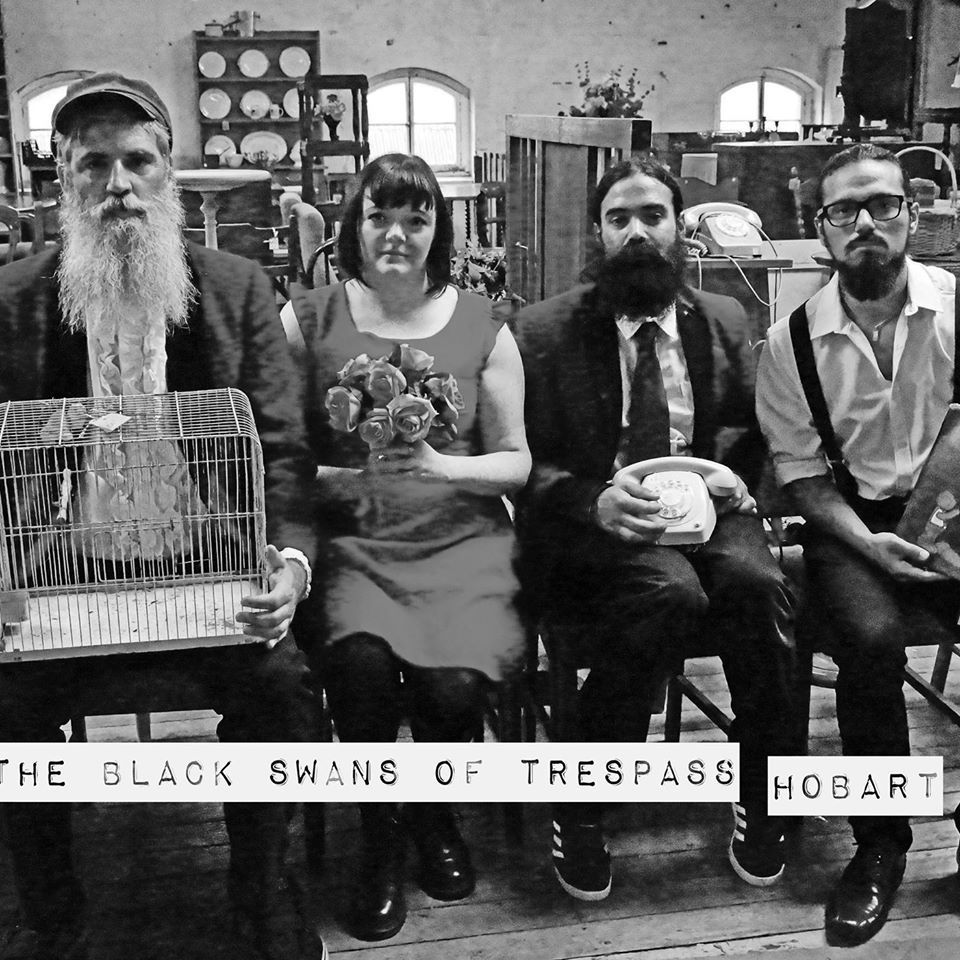 THE BLACK SWANS of TRESPASS are a versatile electric banjo quartet (that can also play as a trio if the need arises)  that is the vehicle for the ground-breaking, iconoclastic Australian banjo player, CC THORNLEY.The focus of the BSoT is electric banjo.  CC felt that traditional paradigms of banjo were inhibiting the innovation and evolution of banjo.   Most people have forgotten the era of the great Australian Banjo clubs of the pre-60’s era, and Australia’s own native banjo language has been lost, driven to extinction by foreign species that took over.CC had a dream to return the banjo to its position as a  relevant contemporary instrument.   Heavily influenced by CC’s research into non-bluegrass banjo forms such as Jamaican mento, old-timey blues, modern jazz and many other genres, the BSoT create  music that is soulful, funky, energetic and rich.  And often irreverent and hilarious.