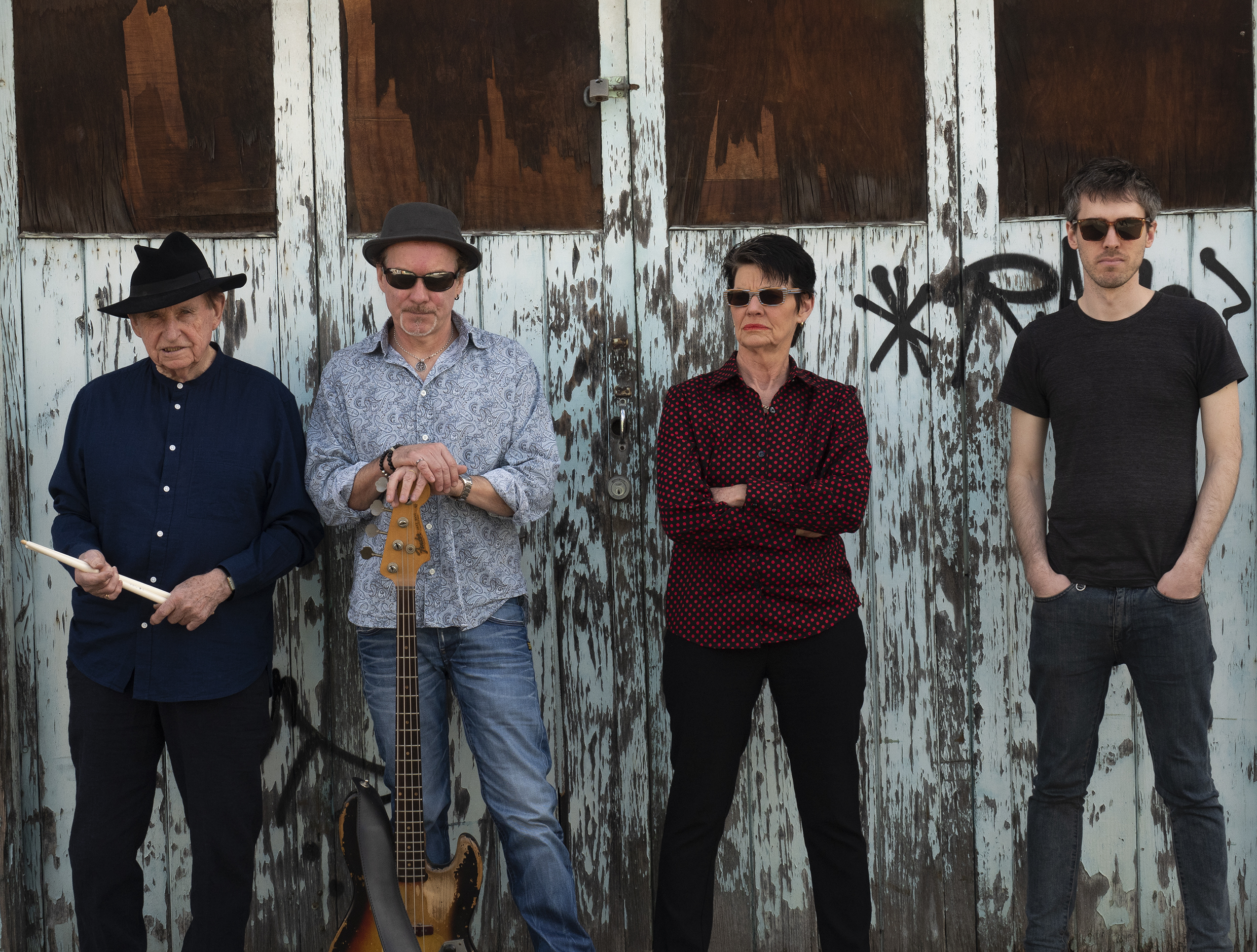 Bête Noire was formed in Melbournein 2015 by the legendary Australian drummer GrahamMorgan and vocalist Jan Tankard incollaboration with Olaf Scott onpiano and Craig Newman on bass.

These four consummate musicians collaborate to explore and reworkfamiliar, and less familiar jazz compositions to create a compelling quartet inwhich the shared joy of each other’s skills is a pleasure to behold.

Influenced by masters of jazz and Latin music, from Duke Ellington,Thelonius Monk, Benny Golson and McCoy Tyner to the Cuban composer ErnestoLecuona and Spanish flamenco there is also abundant room for improvisation as they delve in to manyfacets of jazz of which they all, and often guest musicians, contribute.

Bête Noire will transport you deep to a NYC jazz club, then add a bold dash ofSpanish emotion with colour and humour, they will then twist the top off with Cubanrhythms and drumming that leave audiences in awe.

Jan has had aprofessional musical career for over forty years; composing, performing andteaching singing. Showcasing original lyrical arrangements and compositions andan uncompromising approach to complex vocals and themes she will hold you inher spell and provide a rich emotional journey. Strutting between her bandmembers and the audience she will draw you in with her skill and then play withyou with her irreverent sense of humour and some first rate scatting.

Recognised as Australia’s most recorded drummer, Graham is legendary inthe drum scene as musician and mentor. His remarkable career has spanned sixdecades. He has performed and recorded with many international and Australianartists that are household names. He was the staff drummer with GTV-9 for over20 years, and numerous other show bands. His drumming can also be heard onnumerous film scores, and other recordings. His passion, apart from playing, isbeing an educator and mentor, he has taught at the VCA and privately for manyyears and is going strong. Able to play and teach a wide variety of music hisfirst love is Be-bop.

Since completing Jazz Studies at the VCA in 1988, Craig has been soughtafter by international touring musicians and top Australian artists as theirbass player of choice. He has travelled overseas extensively tour and mostrecently he has been John Farnham’s permanent bass player. He always keeps inwith the local scene too whether it be with the MSO or a local jazz band.

Passion and complexity resonates from Olaf as he immerses himself in hispiano dedicating himself to whichever musicians he is playing with at the time.Olaf is a Melbourne based pianist/keyboardist who has been playingprofessionally for over 10 years. As a teenager he studied under renowned jazzeducator Steve Sedergreen, and has gone on to record and tour extensively withcontemporary artists such as Saskwatch, Dorsal Fins, and The Teskey Brothers;while continuing to perform regularly in the Melbourne jazz scene.